In an ecosystem, all productive agent behavior falls into one of two modes: exploration or exploitation. If an agent isn’t acting randomly, it’s either gathering information about its surroundings (exploration) or extracting resources from a niche (exploitation). From the perspective of the agent, it can choose to devote resources either to exploitation or exploration, or more often some combination of the two.

A good analogy is mineral extraction.

A man looking for silver — let’s call him Ellsworth — must split his resources (time, energy, money) between exploration and exploitation. For Ellsworth, exploration is called prospecting, and it’s characterized by breadth (surveying a lot of ground), information-gathering, and openness. Exploitation is called mining, and it’s characterized by depth (literally) and focus. The mine (or claim) is a niche, and while it continues to yield silver, Ellsworth should continue to exploit it. When the mine starts to dry up, it’s time to prospect again. 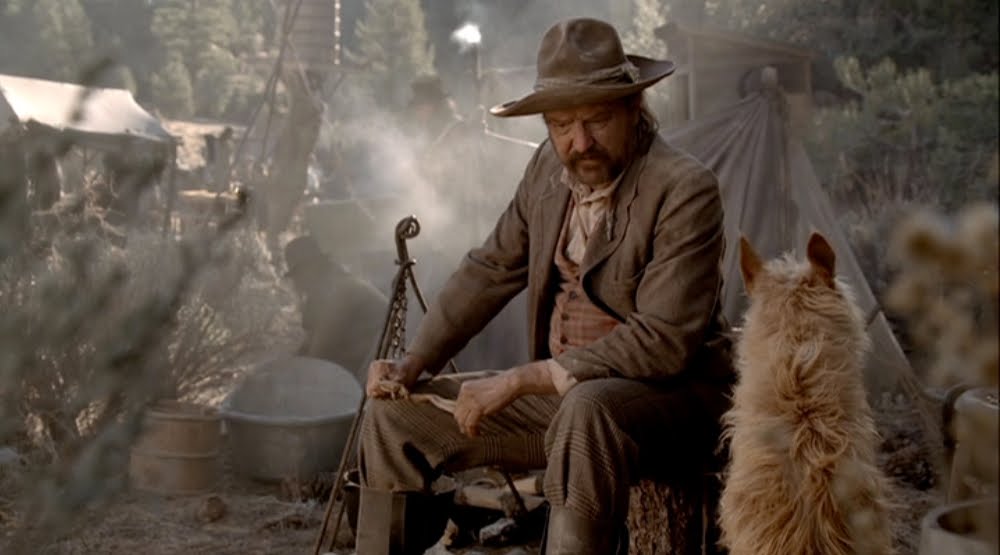 Striking the right balance between mining and prospecting is tricky and depends on a lot of factors. While mining is specific to a single location, prospecting requires Ellsworth to travel. This makes it hard to do both at once, but some overlap is useful. While working a claim, he’ll keep his ears open in the saloon at night, and may take a day here and there to explore different areas. If his claim is very rich, he’s more likely to stay put, whereas if his claim is drying up, he’ll get antsy. While prospecting, if he’s having trouble finding a good spot and has been looking for a while, he may start working the first claim that shows promise, or he may keep looking. It depends on how much money is in his pocket, how young and energetic he is, and how big he’s dreaming. Appetite for risk plays a big role here, because prospecting is unpredictable and drains resources, whereas mining is (relatively) stable and provides resources.

Settling into a niche

For the rest of this article, I’d like to talk about settling, the process of moving into a niche and devoting more resources to its exploitation.

This is a very general phenomenon, but again Ellsworth (the man looking for silver) provides a great illustration. After prospecting for a while, when he finds a good claim he’ll probably settle nearby — in the local settlement. If there’s good silver on his claim, he’ll devote more and more resources to working it. He may buy larger and more expensive tools, and after living in a tent for a few weeks, make a more permanent structure for himself. More of his conversations will focus on mining technique, and fewer on where the next rush is taking place. He’ll develop relationships with his neighbors and do favors for them, hoping for some in return. He’ll start to get... comfortable.

Generalizing a bit, we see that settling is characterized by:

Let’s see how these processes play out in some other examples of settling.

Species can settle. This happens when the species’ environment is stable for many generations. Faced with an unchanging niche, the species will start to lose genetic diversity as the blind process of natural selection weeds out genes that aren’t perfectly optimal for that niche. The result will be a relatively homogeneous gene pool and a species that’s highly adapted to the particulars of the niche. (The converse happens when a species encounters a rapidly-changing environment: it becomes less adapted, but more genetically diverse.)

This is of course a highly simplified model, but it's useful for understanding one of the forces that can act on a species over evolutionary time scales. A more nuanced, and much more interesting, view would also look at sexual selection, sexual reproduction, and the evolutionary arms races between species. See the Red Queen's Hypothesis for all of these goodies.

Individual people can settle. There are hundreds of ways this can happen but let’s look at just one: settling into a career. In 21st century America, the settling process begins in college. High school is a relatively standardized experience that prepares you for a career in almost any field — you have breadth but no depth. From college on, as you optimize your skills, knowledge, and behavior for one field, you slowly lose the ability to succeed in other fields. This can continue arbitrarily far down your career. In extreme cases, you might optimize so heavily on your current niche (Java development at IBM, say) that you have trouble even changing jobs, technologies, or companies. Again, the pattern is a slow loss of diversity (behavioral in this case, rather than genetic) in favor of increasing adaptation. And again, there’s a converse process — changing jobs or careers forces more diversity, but makes you less effective (at least in the short run).

Settling down with a mate. Animal mating, including human mating, involves both exploration and exploitation. During exploration, your options are open and you are on the prowl. You get out there and play the field. You do a lot of trying before you buy. At some point, though, you probably decide to settle down (our culture even uses this term), which fits the standard settling pattern: loss of options, shifting to a longer-term outlook, and devoting more resources to your chosen niche (mate). Over time, your behavior adapts to settled life. You trade in your sports car for a minivan (or handbag for a diaper bag?), your single friends for coupled friends, and your up-to-date knowledge of local nightlife for an understanding of the tradeoffs between public and private education. And, of course, when you have to 'get back out there', after a breakup or divorce, it's hard to become flexible and exploratory again after optimizing yourself (behaviors and habits) to fit a particulate niche/mate.

Companies can settle. The longer a company has been successful in a given market, and the longer the market has been unchanging, the more the company will have optimized itself to exploit that market. Unfortunately the optimization will inevitably involve hardening (loss of flexibility), and the company won’t be as adaptable if its market suddenly changes. Case in point: Kodak.

This is why Venkat’s money metaphor is so relevant — the longer a particular river of money has been stable, the more the company will have settled into exploitation:

Organizations are like riverbank communities. They are as old as the last significant course change or waterfront battle. The stability of the river, not the attitudes of people, is what makes old organizations seem set in their ways. Perhaps people resist new ideas not because they have specific personalities, but because they have settled on the banks of a river of money of a certain age. Or perhaps there is self-selection. Possibly the hidebound kinds go settle on the banks of the most ancient rivers. Tax rivers are among the oldest and most stable rivers of money (and the only ones protected by the threat of legitimate force), and people attracted to government work aren’t exactly known for being passionate champions of creative destruction.

Compare the IRS to a tech startup for a stark contrast between a settled organization and a dynamic one. Steve Blank’s definition of a startup even encodes this idea: “A startup is a temporary organization in search of a scalable and repeatable business model.” In other words, exploration is inherent/essential to a startup. Only when it finds its repeatable business model (niche) can it start to settle/scale/exploit, at which point it would no longer be a startup but an established company.

Becoming unsettled? What word or phrase is the opposite of settling? It seems to me that, whatever it's called, the opposite process might be interesting to study as well.

Hormones: is it productive to ask about the effect of different hormones with respect to settling (or becoming unsettled)? Do dopamine, serotonin, oxytocin, adrenaline, etc. help regulate human tendencies to settle or unsettle?

Originally published April 30, 2012.
Melting Asphalt is maintained by Kevin Simler. I publish pretty infrequently, so you might want new essays delivered by email: