"An obstacle downstream propagates upstream. If you're not allowed to implement new ideas, you stop having them. And vice versa: when you can do whatever you want, you have more ideas about what to do. So [keeping a blog] makes your brain more powerful in the same way a low-restriction exhaust system makes an engine more powerful." — Paul Graham (who was, of course, writing about startups rather than blogging) 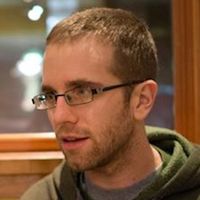 My name is Kevin Simler. That's me, over to the right... in case you were wondering.

I started Melting Asphalt in 2012 as an exhaust pipe for my intellectual life and an excuse to practice the craft of writing. On both counts it's been a success. I still experience way too much psychic friction in getting posts out the door. But I've nevertheless managed to publish more than 300,000 words since starting this blog, which has had the intended effect: helping clear the way (prime the pump?) for even more ideas.

Also I cringe when I read my earlier writing. That has to be a measure of progress, right?

I graduated from Berkeley in 2004 with degrees in Philosophy and Computer Science. I started a PhD in Computational Linguistics at MIT, but left in 2006 to join Palantir Technologies — then (and always!) a startup — where I worked for 7 years as an engineer, engineering manager, and product designer. It was my professional coming-of-age and the experience of a lifetime. Hard to walk away from that, but — what can I say? — I'm a restless millennial with other itches to scratch. I've since published a book on social psychology (coauthored with Robin Hanson).

I believe in (pan)critical rationalism, keeping my identity small, and writing for discovery. I'm interested in almost everything.

Twitter is the only social network that I participate in these days. I'm @KevinSimler.

Yeah, I don't know either. It comes from Isabel Allende:

He knocked on every door up and down the coast, sweltering in the hot breath of the siesta, feverish in the humidity, stopping from time to time to give assistance to iguanas whose feet were stuck in the melting asphalt.

Maybe someday I'll figure out what it means.