The Psychopath Code: Cracking the Predators that Stalk Us. Author: Pieter Hintjens. Available as a paperback from Amazon or as a free e-book.

In paperback, it's 285 pages and very easy to read.

Thanks to Sarah for the recommendation. 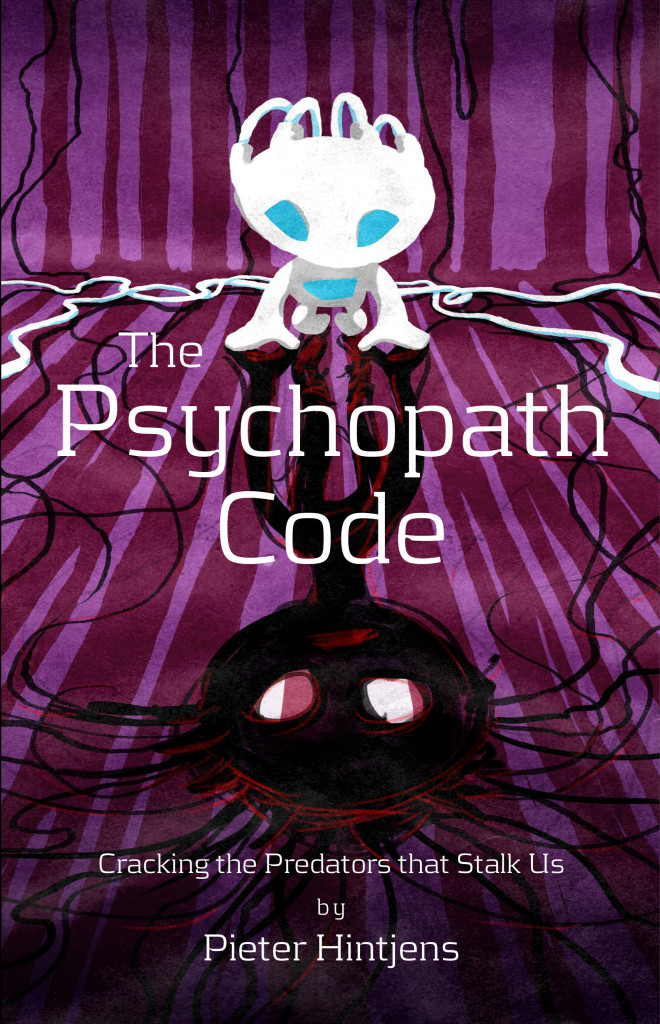 What is a psychopath?

A "psychopath" or a "sociopath" is not a serial killer, at least in most cases. Instead, he (or she!) is simply a social predator or parasite. Someone whose life strategy is to prey on others, both individuals and groups. Someone who seeks to form exploitative relationships rather than mutually-beneficial relationships. An antisocial rather than a prosocial person.

Crucial here is the notion that psychopathy is an adaptation to the game-theoretic conditions of human social life. Being a psychopath isn't a disease state; it's a valid biological strategy for a human organism. That said, it's not necessarily better (more effective) or worse (less effective) than the "normal" prosocial life strategy. It's just that these strategies exist in rough equilibrium, like predators and prey in any ecosystem. More here.

While warning that there's no foolproof way to identify a psychopath (because they're experts at hiding), the book nevertheless paints a profile that can be used to help identify one. More broadly, however, the book is about how psychopaths operate, using the predator/parasite model as an overarching framework.

Major insights (for me)

On arranged marriage as a defense against psychopaths (ch. 2, p. 73):

When a family is wealthy, in a country with a weak state, it presents a lucrative target. Strong families in developing countries develop a culture of arranged marriages. They vet candidates with paranoia. One bad choice can destroy generations of accumulated family wealth.

This model lets us make a prediction about any given society: the rate of arranged marriages will correlate with social status of the pair. The higher their status, the less free choice in marriage. This seems true in all societies. Between societies, the weaker the state, the higher will be the rate of arranged marriages. This is because weak states cannot protect a family's wealth from predators.

I don't think you can be a little bit psychopathic. Whether you play the social game, or the cheater game, you must play to win. Mallory is competing with other psychopaths, and Bob with other Bobs. ["Mallory" is the author's name for a generic psychopath, while "Alice" and "Bob" are normal prosocial humans.]

I'm willing to believe it's mostly binary, but could be persuaded otherwise.

To learn the dance of the emotions is like learning to read. Emotions are a language. It is an ancient language that we share with many other species. The language flows through us, and between us. We speak it with our bodies and faces. We feel it in our blood as music. We move to the music without conscious decision. We must answer the call of emotion, even when it hurts and damages us to do so.

Emotions have two general goals. First, they prepare our mind and body for some action. They speed up certain systems and slow down others. I call this "orchestration." Imagine the emotion as the conductor waving a baton to get a hundred musicians to play the same tune.

Second, emotions display our mental and physical state to others. They do this using facial and body language. The language of an emotion is often based in real physiological activity. It may also be synthetic. Emotional languages are universal across humanity.

Shame — the emotion which says, "I'm aware that I broke the rules." Again, this is about detecting professional rule breakers. Shame has a specific skin flushing pattern: face and ears. Mallory can mimic the body language, yet he cannot blush nor show red ears. Shame is such a powerful psychopath filter that social humans also mimic it, by blushing.

The predator lifestyle is risky. A predator cannot afford even minor injuries. Non-human predators attack the weak, the immature, the old. Never an adult, capable of fighting back. A cow with a broken leg can still eat grass. A lion with a broken leg will starve. This defines the level of violence a predator will exercise. It will choose the easier prey. It will not fight another predator except to survive or reproduce. It will use bluff and noise to intimidate, yet will flee from a real fight.