Time for my annual blogging review. And only 11 days late!

I published a paltry six full essays this year. Don't get me wrong: I'm proud of them. But still, six. It would be easy to blame my low output on my book project, which took up most of my time in 2015. But the truth is I'm just not very good at this blogging business. I abandon way too many posts, for example. For every draft that makes it all the way to the blog, there's at least one, sometimes two others that fall by the wayside, usually after I've put in 50 to 75 percent of the work.

In spite of my shortcomings, however, the blog continues to grow at a steady clip. Engagement — as measured by page views, subscribers, likes, tweets, etc. — more than doubled this year.

How is it that I can write fewer posts and yet double my readership? I attribute this to my blogging strategy. As I learned early on from Venkat Rao at Ribbonfarm, it pays to write timeless essays. I don't respond to current events, for instance, which ensures that even old posts from yesteryear are still worth reading. (This is borne out in the analytics: the archives get just as much attention as new posts.) In fact, I've made specific design choices to reinforce this strategy. Instead of putting the publishing date at the top of each blog post, I put it at the very bottom (and in small, light gray text), to avoid calling attention to the post's age. I've also disabled comments, which further contributes, I think, to the sense of timelessness. For better or worse, Melting Asphalt isn't a community. You don't need to come here every day or every week to "be part of the conversation," because there is no conversation — and thus no FOMO. Just a calm space to reflect on ideas, both new and old.

Here are some highlights from the year:

Other nice things people are saying:

"[One of the] best finds of the year." — Patrick O'Shaughnessy

"If you are an intellectually curious person, this is one blog you should read." — Amit

"The richest set of ideas I've encountered in quite some time." — Jon Bratseth

Well that's it for now. Thanks for all your support and encouragement. As someone who suffers from occasionally-crippling imposter syndrome, I very much appreciate it.

I'll leave you with this, the entire observable universe in one log-scale image: 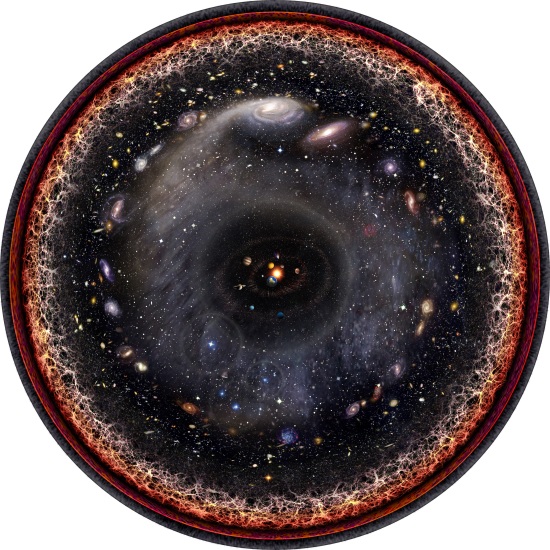 Originally published January 11, 2016.
Melting Asphalt is maintained by Kevin Simler. I publish pretty infrequently, so you might want new essays delivered by email: